When I was born, I was wearing a Dodgers hat and a Lakers jersey. Sounds odd I know, but that's just a result of being born and bred in Southern California.

It just so happened that the Lakers opening game for the 2010/2011 season fell on my brothers 18th birthday. We decided to celebrate by going to the game. They were playing the Houston Rockets which was cool because we had a grueling series with them in the playoff's the season before last. Still some bad blood there no doubt.

The game was completely sold out but I got tickets up in the 3rd row (nose bleeds) but the view was actually pretty good. Had a solid angle to see the entire game.

It started off with the championship ring ceremony. The Lakers are defending champions and won the title the last 2 years in a row. (note: if you didn't already know that, get out of your house more!) 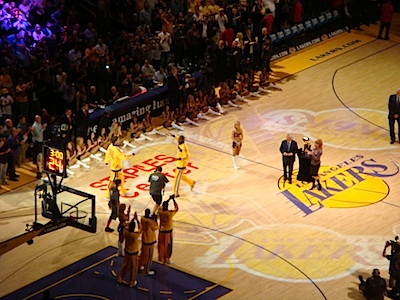 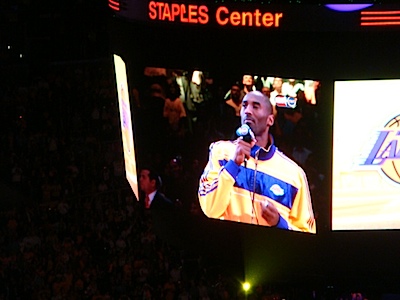 It was pretty exciting to see the ring & championship ceremony live and the crowd was fucking awesome... That energy didn't last to long though...

After tip-off the Lakers looked slow, rusty, and out of sync. The Rockets were flat out kicking our asses up and down the court. At one point the Lakers fell behind by as much as 15 points!

I was pretty pissed off by half way through the 3rd quarter. Of all the Laker games I've ever watched live, they have *never* lost. I didn't want that streak to end and especially on the opening game! I'm getting pissed off just thinking about it right now...

Typical Lakers though, they wait until just before it's too late to wake up and put the foot on the gas. With the 4th quarter winding down, the score was Lakers 112, Rockets 110.. We still had 18.8 seconds to go... 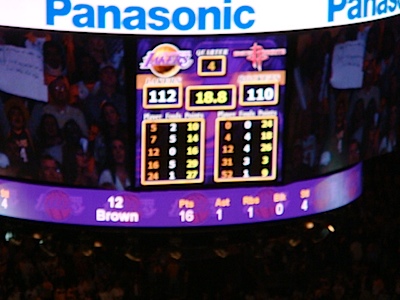 After some strong defense and honestly, a bit of luck, that's what the final score was. Ugly victory, but a victory none the less! I'll take it all season long :)

The fans didn't seem to mind. The place went absolutely nuts when our comeback heated up and it was pretty wild when the final buzzer blew. I always love going to Laker games. It's so much fun to be drinking, talking shit, high fiving, etc. with people you don't know and more than likely will never see again.

Great way to open the season and my live winning streak remains in tact! 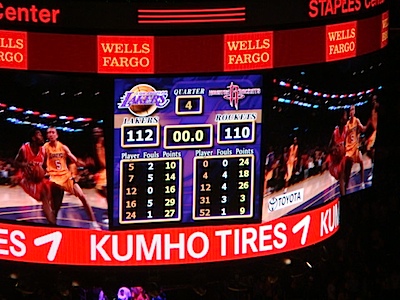 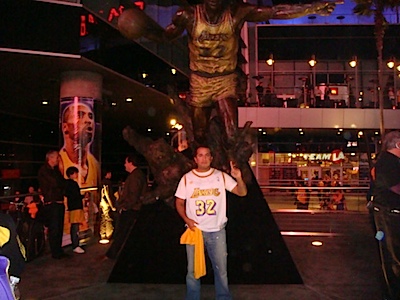 You can view all the pictures I took on my flicker account page.