I have to say that 2019 was a very odd year. I'm not fully sure what to make of it but there were a couple really big things that happened that I think shaped my near future in big ways.

I'm not one of those "new year, new me" type of people. I don't put too much stock or importance into dates. New Years is pretty much just another day to me. The biggest noticeable difference is the lack of traffic here in Southern California (truly the best part of the holidays.)

I also don't think you should wait for some special date to make changes in your life if you feel those changes are needed. Why wait?

Derek Sivers recently wrote about the year starting whenever your life changes. I thought that was a pretty interesting idea but since I had a few important events this year, I couldn't see where it applied.

I try to use my now page to keep my current goals and activities up to date but I definitely slacked off on updating it for the second half of the year. So I will try to update across the board here.

In 2014 I visited Nicaragua with the goal of finding some property near the beach. I can't afford beach-near property here in SoCal so I decided to look in Central America. Well I instantly fell in love with Nicaragua. I've returned several times a year since then.

In March I purchased a house in Managua, Nicaragua and have plans to move there full time in the coming 18 months or so. I was always planning to move there when I could but now having this house it makes everything that much more real. The house is beautiful and I am very happy that I stumbled across this deal.

Since then, I've been living in Nicaragua basically month on, month off. My only expense when going there now is my flight. Having my own house and truck there opened up my plans in a much larger, and faster, way than I originally had planned.

Many don't know this but I co-founded a new company called Insight Miners a couple of years ago. We started with one idea and have pivoted a few times as our prospective customers guide us in a direction with their "not right now" answers to our pitches.

Well, things are finally starting to pay off. I can't say too much right now but I can say that out of the blue, we received some interest based on our latest pivot and our hunch paid off. We have big plans for 2020 and this company.

AnyHow is our business management SaaS app that we've been building since 2012. We built it for my company Netlandish originally but over the last couple of years we've been using our spare time to make it available to other company's as well.

This has been a very long haul but we're finally wrapping up. Technically it's open to the public and people can sign up now. We haven't officially "launched" yet but that's planned for the coming first couple weeks of 2020.

This has turned out to be one of the best years in terms of both of my daughters and their own accomplishments (combined) that I can remember.

My oldest daughter is going to be graduating university a full semester early. She's been published in several digital magazines and just landed an internship that is pretty important to her. She has plans to stay on the east coast (where she goes to school) for the summer. In fact, after I visit her for her 21st birthday, I don't know when I'll see her again is. This makes me a bit sad but at the same time happy for her. She's working hard and building her own life.

My youngest has given me some headaches the last couple of years. Since high school began for her she's always done "enough" to get by but you can tell she wasn't really trying. I openly tell her, I don't give a shit about school grades. I care about effort. I know how smart she is and her grades are really just a reflection of her effort. I mean, if she had legitimate issues and the work was actually harder for her than it is, I'd understand. But that isn't the case. She's just been lazy.

I don't know what the actual switch was but so far this school year she's killing it. Even in her math and physics classes. Math was always her strong suit before HS and has been her worst subject since. So to see her actually putting the effort back in and actually doing very well is pretty awesome.

I think watching them both shine this year has to be my highlight of 2019.

Remember above when I said I went to Nicaragua searching for beach property. Well, back in 2014 I actually bought some. I bought 7 acres roughly 200 meters from the pacific ocean. It's near about 15 world class waves and some communities that are quickly growing with traveling surfer's, yogi's, and vacationing families. This area is breathtakingly beautiful. The Popoyo area is a big reason why I fell in love with Nicaragua.

I bought such a large chunk of property because my plan is to turn it into a small community. It's called Colonial San Martin and while some lots have been sold, I still have a long way to go to sell the rest.

Unfortunately this has taken a back seat to all the other projects I have going on. The good news is that it's land. It's not going anywhere.

I just quite didn't hit the goal of my reading challenge this year. I actually even lowered it from years prior to 15 new books for the year. I made it to 12.5 (I'm halfway through Motherless Brooklyn now.) I also read Make Book by Peter Levels but it's not on Goodreads so I can't add it to the challenge.

I had a goal of working from 5 countries but as I stated on my now page, I didn't think that would actually happen. A big reason is the new house purchase. I ended up spending the summer in the house so didn't really have a need, or desire, for other trips other than what was already on the books.

Other than DjangoCon, I didn't attend any conferences. My goal was to attend at least 1 non tech conference. So this was a fail.

I joined WIP exactly 1 year ago with that the hopes of the public accountability nature of the service would give me a push to "ship" something daily. And honestly, it did. My best streak for the year was 68 days straight. The down side of that streak was when I broke it, I was a bit discouraged. Over time, while I was still mostly shipping daily, I would just forget to use WIP to log things.

That said, I do love the service. I'm not as active on it as I should be but I just today paid for another year. The community is awesome and I really enjoy participating, but mostly lurking, with the really smart people in the Telegram groups that are a part of WIP.

I've decided that I'm going to be a bit loose with my goals for 2020. There are too many things up in the air right now and other than some general ideas, it wouldn't make a lot of sense to be too specific.

Also I feel like things changed so much, and so fast, this year that I should just use my now page for stating my goals and update things as they progress or change. I guess one goal I can say is to keep that page up to date. 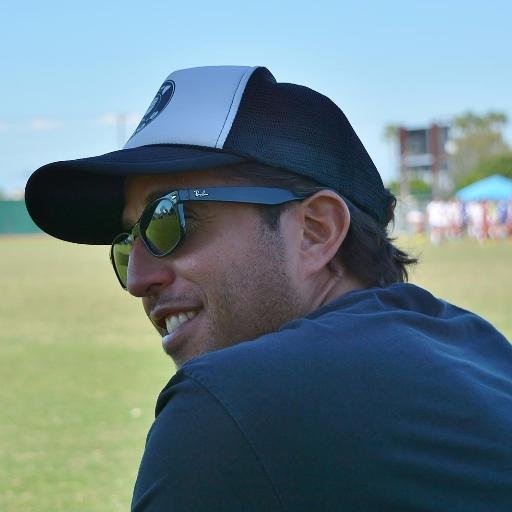